In the orthonormal system ( ou , ov ) the graphical representation of the equation 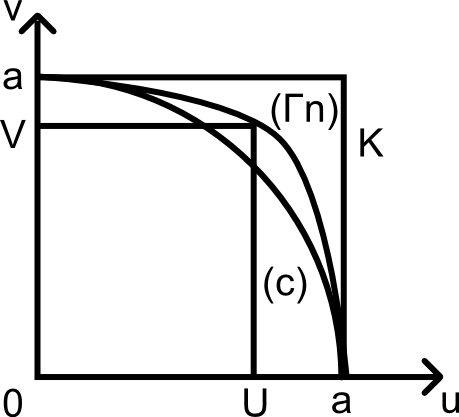 
Let us pass on to elementary geometry.

Let us consider a triangle PQR with : 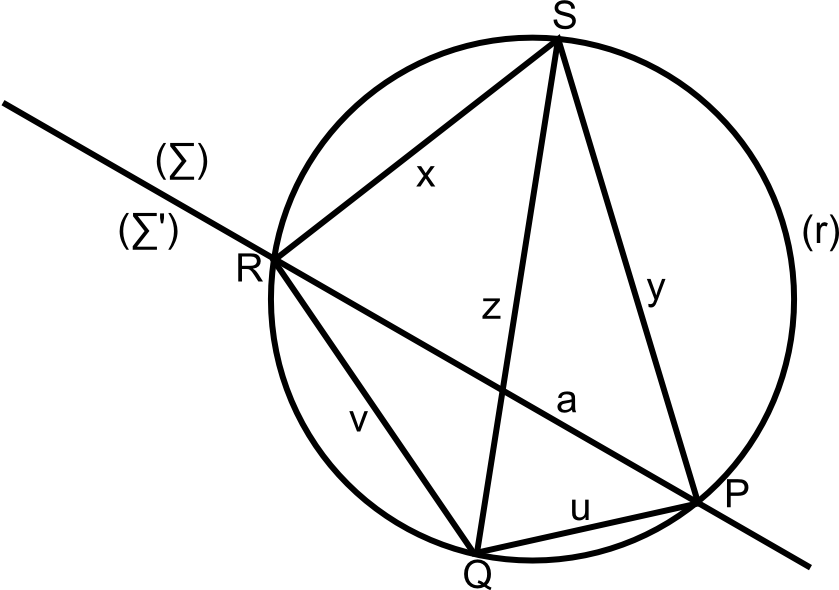 Let us consider a quadrilateral PQRS with :

Thus, the quadrilateral PQRS is convex.

According to the reciprocal of the PTOLEME theorem


Thus we arrive to the contradiction.

A little calculation shows that :

Therefore, the point   S   does not exist because of the expression of x, y, z which are fonctions of A, B, C which are directly related to the fact that :


Thus a surprising result can be deduced.

In the triangle PQR : 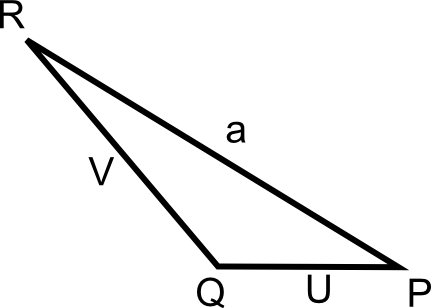 For n odd the equality Un + Vn = an is impossible for real numbers.

This, the Fermat's last Theorem is proved for integers.